It’s been many year’s since I’ve regularly run on a track and I still really miss my old Don Valley running days. That was the place where I fell in love with running and I’ll never forget the feeling of awe I felt as I walked through the gates and onto the track that first time. When they announced it would be closing, I did what I could in my own small way to try and stop it being knocked down – I signed the petitions, roused the troops on Facebook, and wrote directly to the powers that be, but sadly it was all to no avail. It was closed in September 2013 and demolished shortly after that. It was such a shame – it was always such a vibrant and exciting place to be. You’d always find a really wide range of people there such as the 30-somethings like me huffing-and-puffing round the track; the speed walkers with their funny, wiggly bums; the groups of children with learning difficulties having a go at the long jump; the Eagles doing their rugby training drills; the groups of school children trying javelin and the hammer for the first time; and of course, the really fast young things who you’d watch with awe as they completed lap after lap at breakneck speed.

After Don Valley closed, my group moved to Woodburn Road, but the atmosphere was never the same and eventually my life got in the way. I eventually stopped going which is how I ended up at Totley AC. However, I’ve never forgotten the mix of fear and excitement coupled with the buzz of adrenaline when looking down the 100m straight, so when I heard about the Sheffield Striders track event, I jumped at the opportunity to get back on the track.

I was always better at the shorter track distances such as the 100m, so I turned up on the night of the Sheffield Inter-Club Men’s Track Meet feeling confident. There are a lot of amazingly talented runners on the fells who are often home, showered, and eating their lunch by the time I finish a race, but on these shorter track distances, I knew I may well be in with at least a chance. Yes, I was confident, however in in hindsight, I may have been too confident.

The moment arrived for my first event – the 100m – and I stood on the line. The gun went off, within what felt like a split second it was over, and I’d finished 3rd. Gutted.

Later that evening, with my confidence shattered, I stood on the line for my second event – the 400m. Suddenly I felt the same as I used to feel on the start line of Don Valley – terrified and excited at the same time. I knew the only chance I had was to give it everything. No strategy, no pacing, just to give it absolutely everything in one go. The gun went off and I was off. My legs and arms moving as fast as I was physically able to move them. Pushing forward with every step. As I reached the back straight a voice to my left made some comment along the lines of “bloody hell, Totley!”, but I ignored it, I was going to win this one, no time for pleasantries! I’m not such a big fan of the 400m. Unlike the 100m or 200m – about half-way round your body realises your doing something crazy and starts to complain, but by this point I was already in first place not going to stop. I could hear footsteps behind me, but I could see the finish line. I pushed and I did it… just!

Sadly, I discover I’m a little bit too old for track running these days – I think I’m now more suited to those long, hilly plods we’re all so much more familiar with. Even though in this particular event you’re pitted against people of a similar age and ability, my body is much happier with the slow, undulating predictability of the fells. Of course, I adore fell running, but the thrill of competitive track running really is something unique and special that will stay with me forever, even if I can’t really compete anymore. Due to the current ‘situation’, both the men’s and women’s versions of this excellent event organised by the Striders have currently been cancelled. However, with a bit of luck, they’ll both be back on again soon. If you’ve never tried track running, I would wholeheartedly recommend giving it a go… at least once! 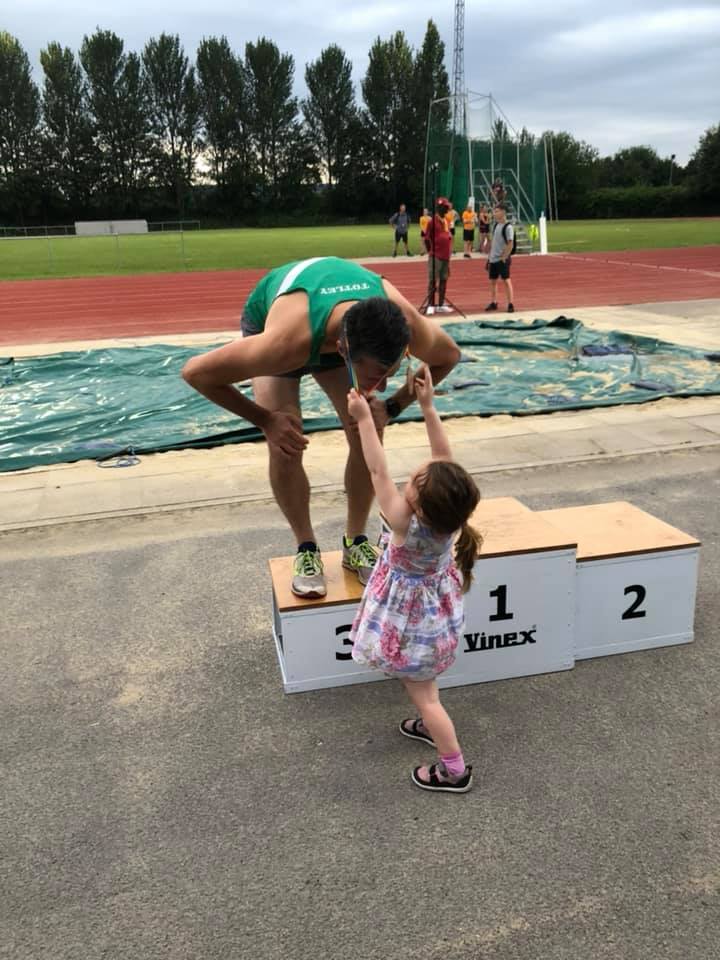 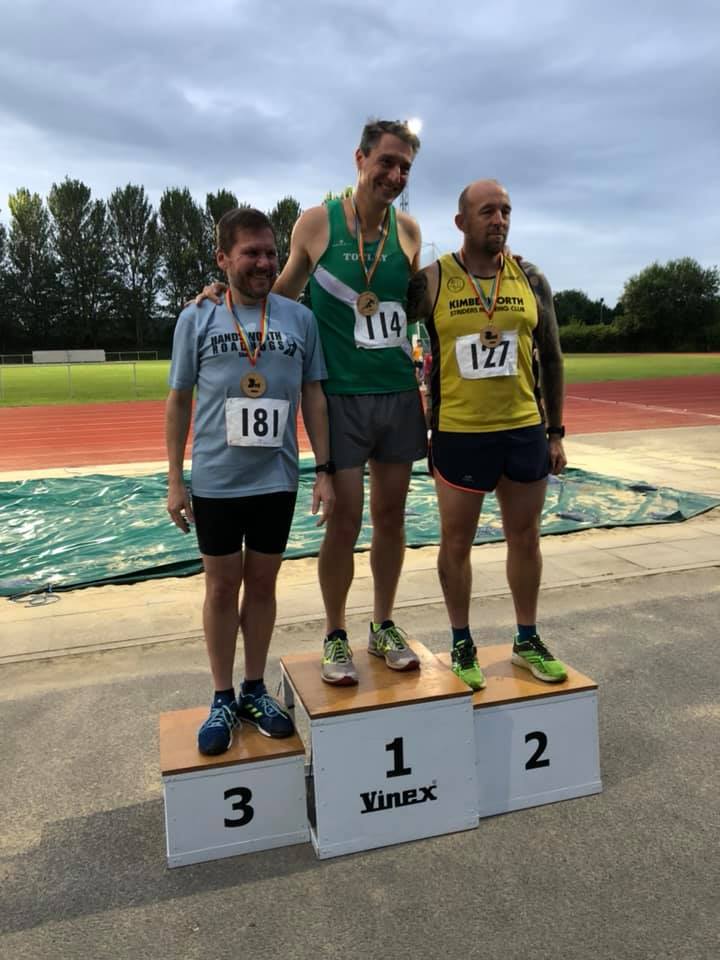 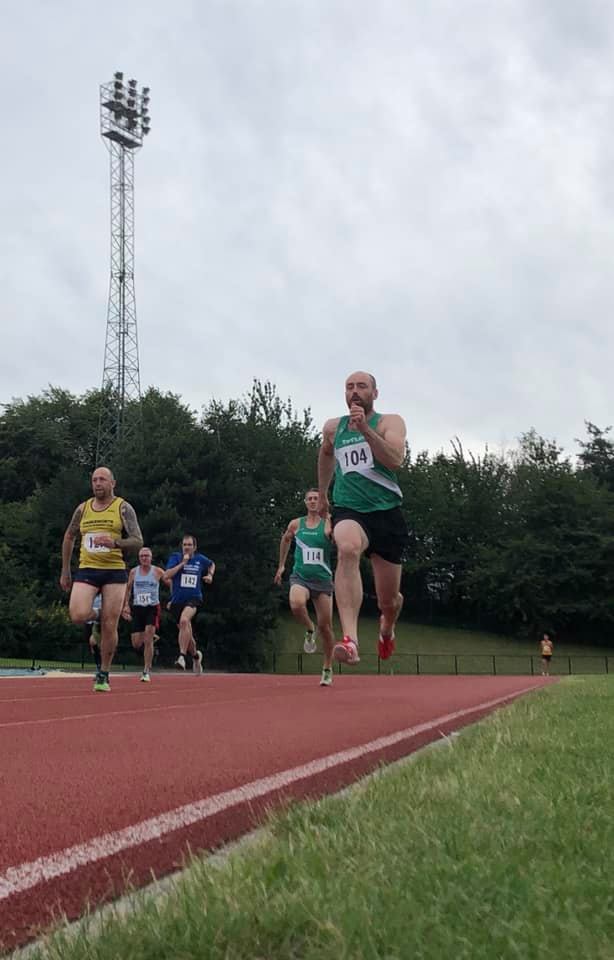